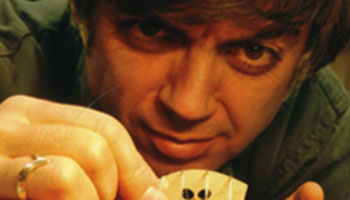 Lorenzo Frignani’s general interest in luthery begins at the end of the 1970s. His professional experience commences in 1985 and since then he has received numerous acclaims for his craft on both a national and international level. He has also won several lute-making competitions ( Bagnacavallo and Baveno )and has, on several occasions, been a member of various national and international juries (Baveno and Pisogne).

He is consultant to several boards, foundations, associations and museums of musical character and is also artistic consultant to the Comune of Pieve di Cento (Bologna) for all initiatives relating to stringed instruments (exhibitions, conventions, courses, concerts, etc).

He has written and edited various catalogues as well as several publications on the themes of classical luthery and antique plucked instruments, the latter of which he is also a renowned collector and expert. He founded the LF Editions in 2007.