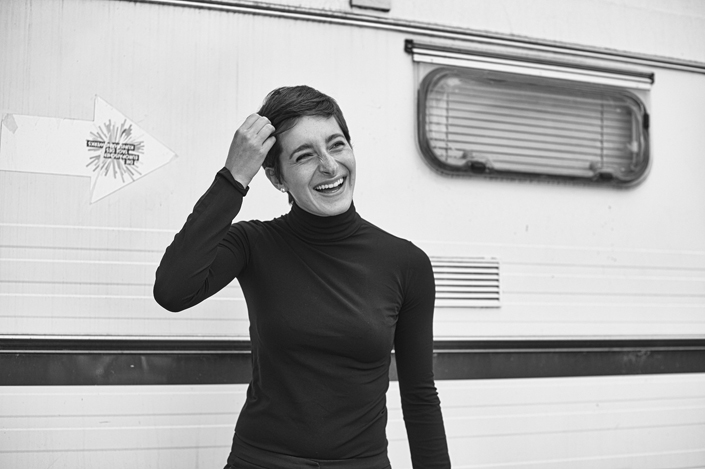 was born in Toulouse (France) in 1993 and received her first guitar lessons at the age of 7 from Pia Gazarek-Offermann. In 2009 she became an early student of the “Young Academy Rostock” and studied with Prof. Dr. Thomas Offermann at the Hochschule für Hochschule für Musik und Theater Rostock (HMT) until 2018. Since 2018 she has been studying classical guitar in The Hague (Netherlands) with Zoran Dukić.

During her studies, she was temporarily supported by the Oscar and Oscar-und-Vera-Ritter-Foundation and the Yehudi Menuhin Live Music Now with a scholarship. The latter gave her the opportunity to play in places such as hospitals etc. for people who cannot go to concerts due to their circumstances.

She has already played concerts all over Germany, including as a soloist with the orchestra of the HMT Rostock in the context of “Young Up-and-Coming Talents”, in the Laiszhalle Hamburg as part of the renowned “Teatime Classics” series, for the Vera Ritter Foundation in the large Mozartsaal Hamburg, in the Charlottenburg Town Hall at the “Festival of the International Guitar Academy Berlin”.

Kassandra Siebel played her debut concert in Spain at the Festival Internacional de Guitarra “Ciudad de Coria”. She was also represented in the NDR series “Young Artists from the North” in 2015 and in 2013 she took part in a Terra-X programme on ZDF (see “Audio Samples”).

Her first CD “Premiere” was released by MG Audio in 2015. Since 2018 she will have been endorsed by Guitarlift. She has also been a D’Addario artist since 2020 and is part of the D’Addario family of artists.

Kassandra Siebel also completed additional studies in elementary music education in order to convey the music to the children in a playful way. She worked on a voluntary basis in the Rostock asylum seekers’ home, where she played music with a group of children every week. It is very important to her to give everyone the opportunity to experience and use music as an expression and means of communication. In 2019, she also played a major benefit concert tour for the project “Guitars instead of guns” – a project by “Brot für die Welt”, which enables former child soldiers in the Congo to return to civilian life by learning a profession. Some of them learn building guitars.

Since 2020 Kassandra is part of the Asambura – Ensemble.

The Asambura Ensemble (founded in Hannover in 2013) consists of musicians of different nationalities and unites different styles. The previous focus was particularly the examination of East African music. The ensemble undertook rehearsals and concerts in Tanzania in 2015, 2016 and 2018. Further influences arose from the study of Persian and Arabic music.

The colorful orchestral setting ranges from Persian Santur, Arabian Oud, West African Kora to Marimba, Udu Drum, prepared piano and novel sounds such as “Trombone Muezzin” and “Flute Percussion”. The versatile compositions and revisions are by Maximilian Guth, who has already received several national and international awards for his works. www.asambura-ensemble.de