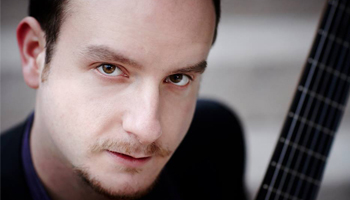 El Condado Ahora: “…professionalism, cleanliness in touch, technique and great musicality are the characteristics of Petricevic, which lately has won the most important competitions in the world of the guitar…”

According to the audience and critics, his performances were often acclaimed as: “more than a touch of class.”, ” Angel on Guitar”.

2014 concert season included “Ramirez-Carisch Tour” at festivals such as “Andres Segovia” in Madrid, “Tertulia at Tienda Ramirez” in Spain, “Fiuggi Guitar Festival” in Italy and others, as well as appearances in “Porgy & Bess” in Vienna, masterclass and performance for “VAMÖ“organization in Austria and numerous recitals and outreach concerts in Europe. This young artist and guitarist has already performed in Vienna’s “Musikverein”, „Mozart’s House“, Castle Schonbrunn with Webern Symphonic Orchestra, Festival “Josephstadt”, St. Cyprian Church in London, the Festival “Guitar Days” in Zagreb, etc.

In 2009 he was admitted in the program of the Yehudi Menuhin’s Foundation “Live Music Now” in Vienna and Cologne, where he held numerous concerts and recitals. The same year he was nominated for one of the most successful instrumentalist of the “selected soloists’ performance content at the Vienna University of Music and was awarded the prestigious prize of “Tokyo Foundation” and “Viktor Bunzl” Foundation.

Ivan Petricevic was born in 1987. Belgrade, former Yugoslavia. He studied in the class of Ante Cagalj at Conservatory of Music “Elly Basic” in Zagreb, Croatia and continued his studies with Alvaro Pierri, Walter Würdinger and Roberto Aussel at University of Music and Performing Arts in Vienna, Austria and at Hochschule für Musik und Tanz in Cologne, Germany.