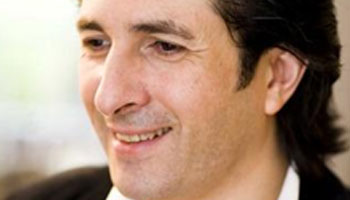 Esteban began playing the guitar at the age of three, was composing by the age of four and was awarded a scholarship to the Royal College of Music at the age of nine. Esteban studied Classical and Flamenco guitar in parallel. He was personally tutored at and mentored at the Royal College by world-renowned guitarists, such as Douglas Rogers and Carlos Bonell – their tutelage was the cornerstone of his playing and both of them have been a huge inspiration to Esteban throughout his career.
He wrote his first E minor prelude and suite for guitar by the age of seven and also transcribed classical works from orchestra and piano which were so far unknown as possibilities on the guitar. At the age of eleven he was acclaimed as the youngest guitarist to perform the ‘CONCIERTO DE ARANJUEZ” by Rodrigo. He did his own series of music transcriptions by Issac Albeniz, Bach, Granados and Manuel de Falla whilst still studying composition at the Royal College of Music. He completed his studies at Royal College aged 18, majoring in classical guitar/ classical composition, piano and violin orchestral composition and performance.
Esteban has toured extensively including a 40-date concert tour in Japan, throughout Europe, Eastern Europe, Asia, USA and Canada. He has composed music for TV and film, collaborated on various projects both solo and with other instrumentalists, concert pianists and composers. Has won acclaim internationally as a ground-breaking composer and performer.