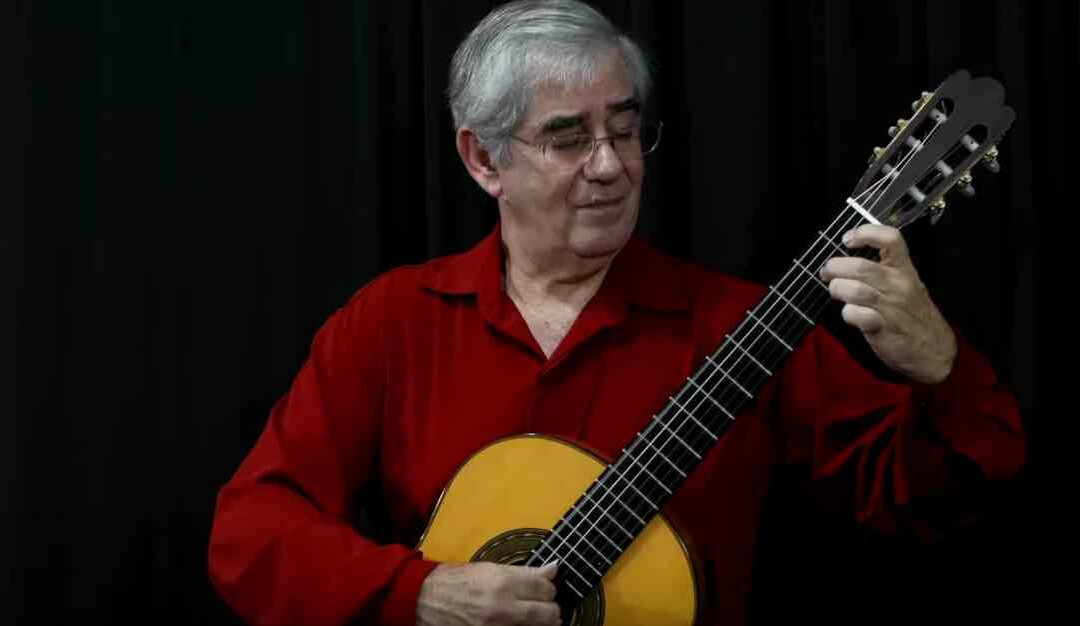 Edson Lopes graduated from the Conservatory of Musical and Dramatic Arts “Dr. Carlos de Campos” in Tatuí, SP, Brazil, in 1978. In 2003, Lopes received the title “Licentiate in Guitar Performance” by the Trinity College London.
He was the first prize winner in every guitar competition in wich he competed. Among them, the Young Instrumentalists Competition (sponsored by Rede Globo Brazilian Television) and the 1st National Guitar Competition (sponsored by Banco do Brasil – Brazil’s National Bank -). In 1979, he participated in the XXII Course “Musica en Compostela” in Spain, where, under the supervision of Andrés Segovia‘s assistent José Tomás, he received the “Most Exceptional Student Award” and a full scholarship for the following year.
According to the guitarist Maria Luisa Anido, Edson Lopes is an extraordinary guitarist, that surprised her for his technical reliability, instrumental domain, sonorous delicacy and his delightful interpretive technique.
Edson Lopes performed throughout Brazil as a soloist, in duos, trios and with orchestra. As an integrant of the Brazilian Guitar Quartet, he performed in the cities of Houston, Dallas, Austin, Seattle, Pittsburgh, Albuquerque, Hollywood, Indianapolis, Washington DC, New York among others. In 2005 the Quartet participated in the 33rd Arts Festival in Hong Kong, in the VII International Guitar Festival in Monterrey, Mexico and in 2006 in the V International Guitar Festival in the city of Aarhus, Denmark.
With the Quarteto Vivace Brasil (Flute, 2 Guitars e Percussion) Lopes performed in tours throughout United States including the cities of New York, Boston, New Orleans and San Francisco receiving great acknowledgements from critics and public.