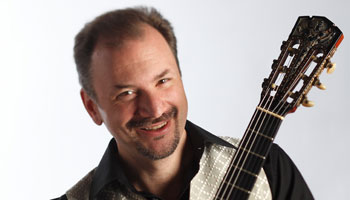 International Guitarist and Pedagogue, Edoardo Catemario, was born in Naples and started his music studies at the age of 5. He has been studying guitar with Salvatore Canino, Antimo Pedata, Jose Tomas and Maria Luisa Anido. Analisys with Titina De Fazio and the South American composers Leo Brouwer and Oscar Roberto Casares. At the age of 11 gave his first solo recital.

Extremely versatile guitarist, he passes with ease from the romantic repertoire (played on original instruments) to the baroque, to the XXth century music, to contemporary music and vanguards. His repertoire includes a vast amount of solo works, besides the almost all the chamber repertoire and 42 Concertos for guitar and orchestra.

Catemario has many recordings on CD including: DECCA records, ARTS Music, Koch Schwann and EMI which have been awarded with critics prizes: Joker by Crescendo (Belgium), Choice of the month Cd Classica (Italy), 5 Stars Musica In January 2004 his recording of the Concerto n1 by Giuliani was attached to the BBC Music Magazine, in January 2006 he has the cover of Guitart magazine.

He has held Master Classes in France, Germany, Spain, Italy, USA, United Kingdom, Australia and Austria. He has been invited to the Indiana University (Bloomington), Brooklyn College (NY), Musikhocschule (leipzig) and the Salzburg’s Mozarteum where he has given a course during the “Sommer Akademie” from 2001 until 2007. Between 1993 and 2001 has been titular of the course of interpretation at the “Conservatoire International de Paris” (Paris, France). Since 2007 he is regularly invited as guest professor at the Royal Academy of Music (London – UK).